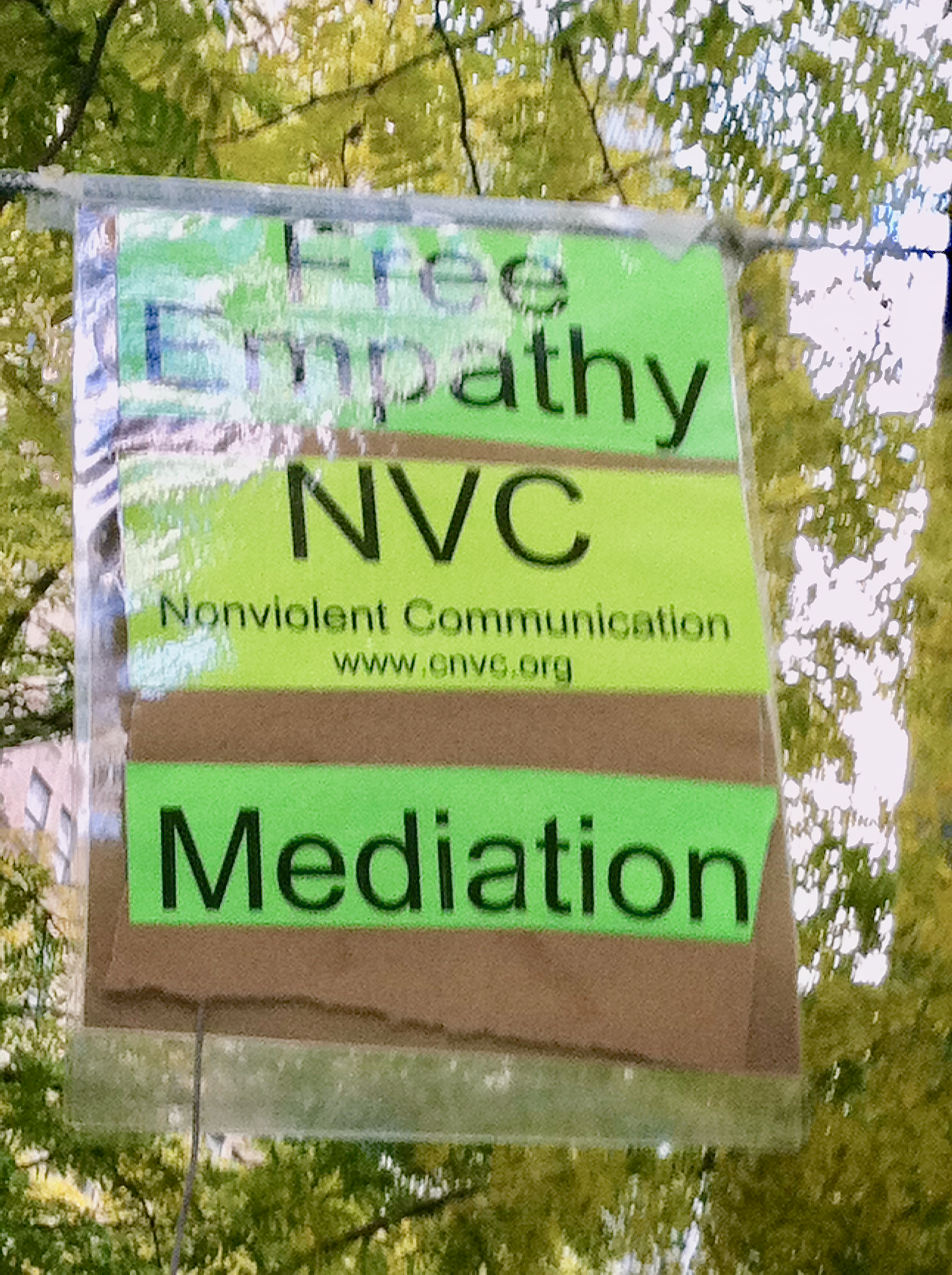 In 2011 “Occupy Wall Street” held America’s attention for a few weeks. According to Wikipedia, OWS was “a left-wing protest movement … against economic inequality.”

I took this photo at Zuccotti Park before the occupation ended.  I happened to be in New York City, so a friend and I walked through the park to talk to people.  It was crowded with tents, sleeping bags, coolers, people and pets. A young man was stationed at the table underneath this sign, and he was offering “mediation” and “free empathy.” He told us he wanted to promote peace, reconciliation and harmony.  Not a terribly “left-wing” agenda! Very agreeable stuff. But he expressed deep distrust of “corporations.”

If this young man went on to work at a business (for-profit or not-for-profit) or government agency, he probably discovered that conflict resolution strategies are built into most workplaces.  Some form of mediation has been going on forever. But these days it is intentionally adopted by “corporations” who train people to communicate better. Personal ideals and business strategies sometimes make peace, not war.